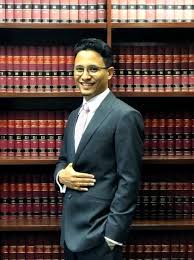 Dr. Syed Adam Alhabshi is a partner at Shook Lin & Bok and specialises in Islamic Finance. He holds a Ph.D in Islamic Finance from the International Centre for Islamic Finance Education (INCEIF) (2016). He also holds a Chartered Islamic Finance Professional (CIFP) from INCEIF (2010), and read law at the International Islamic University of Malaysia (IIUM) (2006).Dr. Syed Adam is currently the Honorary Secretary and a Grand Council Member of the Chartered Institute of Islamic Finance (CIIF). Professionally, he is also qualified as a Chartered Professional in Islamic Finance (CPIF). Dr. Syed Adam is also the Internal Auditor and an Associate Member of the Association of Shariah Advisors in Islamic Finance Malaysia (ASAS).He previously served as a Judicial Officer serving as a Magistrate and a Senior Registrar to the Muamalat High Court, both in Kuala Lumpur. He also served as the Special Officer to the Chief Justice of Malaysia between 2007 and 2012. He has been admitted and enrolled as an Advocate and Solicitor of the High Court in Malaya in 2010 whilst he was still serving as a Judicial Officer. Prior to joining Shook Lin & Bok, Dr. Syed Adam was a partner at CSQ law, a boutique law firm in Selangor between 2017 and 2018. He previously held the position of Manager o fthe Shariah Secretariat under the Group Secretarial & Legal Department, Malaysian Industrial Development Finance Berhad, from 2013 to 2017. Prior to that he was attached to SKRINE in their corporate department handling banking and propert ymatters with an emphasis on Islamic Finance from 2012-2013.