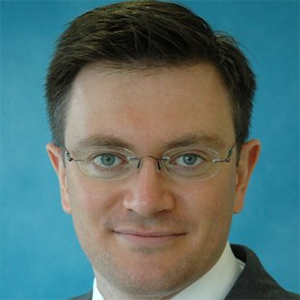 Vincent Allilaire is a VP-Senior Credit Officer in the Credit Strategy and Standards team. In this role, he leads the thematic credit research for the EMEA region, integrating macroeconomic and credit trends with credit views across rating groups and sectors to ensure rating consistency. Vincent joined in December 2017 from Legal & General Investment Management (LGIM), where he was leading the credit team focusing on illiquid, unrated debt investments, including assigning internal ratings across a wide range of structures and sectors. Prior to joining LGIM, Vincent worked for MetLife in an investment role focusing on infrastructure debt in Europe. Prior to that, he spent 10 years at Standard & Poor’s as an analyst covering corporates , then project finance credits. His first credit role was at Deutsche Bank. Vincent is a dual French-British national, and holds a Master’s degree in Finance from the University of Southampton, having previously graduated in Economics and Political Sciences from the French Institute of Political Sciences in Bordeaux, where he originates from.