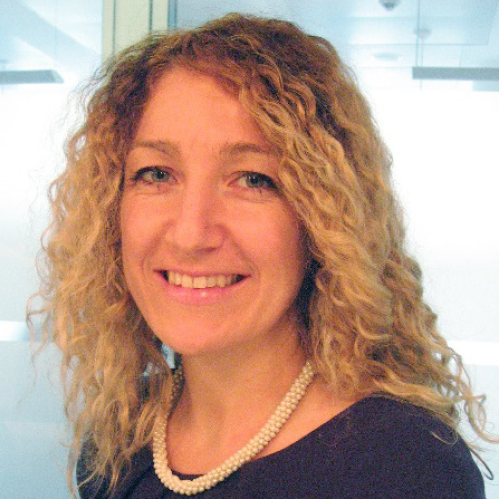 Jeanine Arnold is an Associate Managing Director in the Corporate Finance Group (CFG) team based in Paris.

She leads the Paris-based CFG team, which is responsible for a wide range of credits across the healthcare, retail, transportation, IT, gaming and business and consumer services industries. She is also the EMEA Leveraged Finance Coordinator.

During her time at Moody’s Jeanine has been a lead analyst for European Airlines and Aerospace and Defense companies as well as investment holding companies, manufacturing and semiconductor companies.

Prior to joining Moody’s Jeanine was a Director and Supervising Analyst at Fitch Ratings based in London, specializing in the rating of transportation names across Europe, the CIS and Middle East, including Rail, Airlines, Shipping and Ports. Prior to this, she worked in the credit risk management and investment banking teams of Bank of America Merrill Lynch as well as RBS, where she managed credit finance transactions for European Industrials within the Automotive, Chemical and Manufacturing sectors.

Jeanine qualified as a Chartered Accountant in 2006 from Ernst and Young in London and has a Joint Honors degree in French and German from the University of Nottingham.