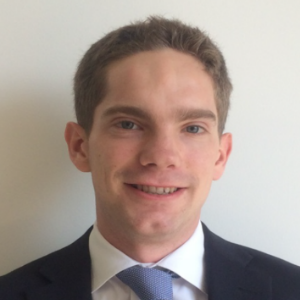 Phil Cope is an analyst in Moody’s EMEA Project & Infrastructure Finance team, based in London. Phil’s current analytical focus is principally on regulated utilities operating in a range of European jurisdictions, having previously worked on UK regulated utilities. He also covers a number of renewable power producers, primarily in the UK.

Phil benefits from a deep understanding of energy network regulation across Europe and has contributed to a number of Moody’s reports on the topic.

Moody’s has a leading global Infrastructure Finance franchise, rating some US$2 trillion of corporate and project finance securities, representing more than 90% of all public bonds issued globally in the sector. 140 analytical sector staff cover more than 1,000 infrastructure issuers globally. Moody’s EMEA team of 50 specialists is responsible for rating around 416 issuers. The rating agency covers more than 11,000 corporate issuers and 135 sovereign nations.

Prior to joining Moody’s in 2013, Phil worked at the GB energy regulator, Ofgem, for three years primarily on the various regulatory regimes for electricity transmission.

Phil read Economics at the University of Bath and spent a year at the Bank of England during his studies.