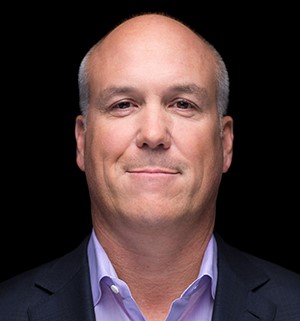 Bill Emerson is Vice Chairman of Quicken Loans and Rock Holdings, Inc., the parent company of Quicken Loans, the nation’s largest mortgage lender, and several other FinTech businesses. He is responsible for leadership, growth and culture development across the entire Rock Holdings portfolio.

Most recently, Bill was Chief Executive Officer of Quicken Loans, a position he held for 15 years. Under his leadership, Quicken Loans became the second largest retail mortgage lender and has closed more than $400 billion of mortgage volume across all 50 states from 2013 through 2017.

Bill joined Quicken Loans in 1993 as a Mortgage Banker. His passion and commitment for learning and growing, as well as his zeal for taking care of clients, helped him take on many roles at the company.

J.D. Power has ranked Quicken Loans “Highest in Customer Satisfaction for Primary Mortgage Origination” in the United States for the past ten years, 2010–2019. The company was also ranked highest in the nation for client satisfaction among mortgage servicers by J.D. Power for five consecutive years, 2014 through 2018.

Detroit-based Quicken Loans employs 17,000 team members. The company was ranked in the top-15 on FORTUNE magazine’s annual “100 Best Companies to Work For” list in 2018, and has been among the top-30 companies for the last 15 years. Computerworld Magazine also recognized Quicken Loans as one of the “100 Best Places to Work in IT” for the last 14 years, ranking No. 1 for nine of the past 13 years, including 2018.

Bill is an active spokesman for the housing industry and has testified before the United States Senate Committee on Banking, Housing and Urban Affairs and the House Financial Services Subcommittee on Financial Institutions and Consumer Credit. He served as Chairman of the Mortgage Bankers Association (MBA) for the 2015-2016 term and is the former Vice-Chairman of the MBA’s Residential Board of Governors. He is also a board member of the Financial Services Roundtable’s Housing Policy Council (HPC) and the HPC’s Executive Council.

Bill is a member of the Board of Directors of Xenith, Inc., a football helmet company dedicated to advancing safety through innovation and education; the Detroit Economic Club; The Parade Company; the Detroit Children’s Fund and the Skillman Foundation.

Dedicated to his community, Bill has been the recipient of the ALS Association’s Iron Horse Award and the Salvation Army’s prestigious William Booth Award, the nonprofit’s highest honor. He also supports the Alzheimer’s Association Greater Michigan Chapter.

Bill earned a bachelor’s degree in business from Penn State, where he was a member of the University’s 1982 National Championship football team.