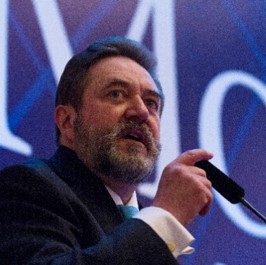 Alberto Jones joined Moody’s in 2004 as Vice President Senior Analyst in the Corporate Finance Group to become in 2005 the country manager for the Mexico City office and representative of Moody’s local rating agency. Alberto has dual responsibility as he is the commercial team leader for the North Latam sub-region within Latin America as well as geographically he acts as the country manager for the Mexican MIS agency, Moody’s de Mexico.

Prior to joining Moody’s, Mr. Jones developed a banking career, beginning at the Ministry of Finance as economist and later at Citibank Mexico, Chase Manhattan Bank Mexico and more recently as the Capital Markets and Transactional Banking Head for BankBoston Mexico (now Bank of America).

Mr. Jones holds a BS in economics and a MD in international management from the Mexican Autonomous Institute of Technology (ITAM) in Mexico where he was a part time professor for fifteen years. Mr. Jones obtained a Banamex National Award in Economics in 1989.