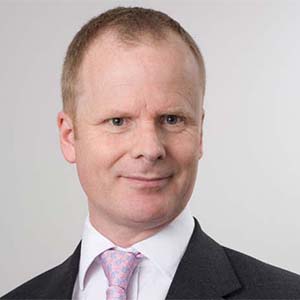 Neil Griffiths-Lambeth is an Associate Managing Director in Moody’s Infrastructure Finance team, based in London, and responsible for the rating agency’s coverage of regulated and unregulated utilities across EMEA.

Over the course of his career at Moody’s, Neil has acted as lead analyst for a broad range of utilities and transport infrastructure companies. He has followed the UK water sector since 2008, writing extensively on regulatory and other developments and playing a key role in developing the rating agency’s strong reputation in the sector. As an authoritative independent commentator, Neil is a frequent speaker at conferences and other events.

Prior to joining Moody’s in 2007, Neil spent 15 years at Lazard. Over this period he advised a broad range of clients on raising finance in the public and private markets. Notable transactions included advising the UK Government on support and funding for Network Rail, Veolia on the acquisition and highly-leveraged refinancing of Southern Water, and Wind Telecommunicazioni on funding for its network roll-out.

Neil read Mathematics at the University of Sussex and pursued postgraduate research at Imperial College, London.