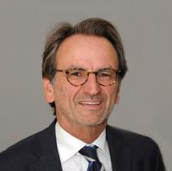 Alain Laurin heads the Financial Institutions group with responsibility for ratings on banks in France and the Benelux since June 2013. ‍ Between 2008 and 2013 Alain was Regional Credit Officer for the Europe, MiddleEast and African region (EMEA). ‍ Prior to joining Moody’s in August 2008, Alain was at Banque of France for 25 years where he held several positions in the International department – including a seven-year secondment to the World Bank – and at the Banking Commission where he was Director of off-site supervision between 2006 and 2008. ‍