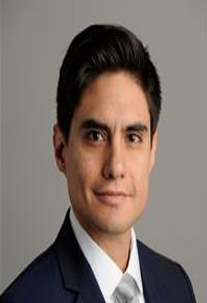 Renzo Merino joined the Moody’s Sovereign Risk Group in 2011 and is an AVP-Analyst covering sovereign and supranational credits in Latin America. His portfolio includes Ecuador, Nicaragua, Panama, and Uruguay, as well as The Bahamas and Bermuda. He is also the lead analyst for the Inter-American Development Bank and the Inter-American Investment Corporation.

In his prior capacity as an Associate Analyst, he supported senior analysts covering sovereigns in five different regions, including the United States, Canada, Australia, Hong Kong, South Africa, Brazil, Peru, and Venezuela.

Renzo was also part of the group that developed the Rating Methodology for Multilateral Development Banks and Other Supranational Entities and the corresponding scorecard. Prior to joining Moody’s, Renzo was a Country Risk Analyst for Latin America at Business Monitor International (BMI). He graduated from New York University with an MA in Economics and also holds a BA in Economics (minor in Political Science) from the University of Pennsylvania. Renzo also did post- baccalaureate studies at Columbia University.

Renzo is fluent in Spanish.