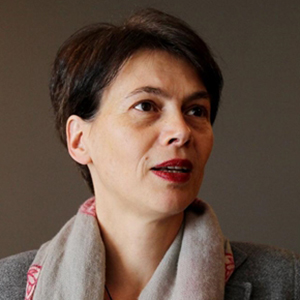 Kathrin joined Moody’s Investors Service in April 2010 as a member of the Sovereign Risk Group. She is the lead analyst for several European sovereigns, including France, Italy, Spain and Greece as well as European Multilateral Development Banks (MDBs) such as the EIB and the EIF. She is also Moody’s global coordinator for all of Moody’s MDB ratings.

Prior to joining Moody’s Kathrin was a Director with Merrill Lynch, working as Sovereign Ratings Advisor to governments and banks in emerging markets. Prior to that, she was Chief Economist for Deutsche Bank in Spain.

She holds a M.Sc. in Economics, Latin American Politics, Spanish and Portuguese languages from the University of Tuebingen as well as a post-graduate economics degree from the College of Europe, Bruges.