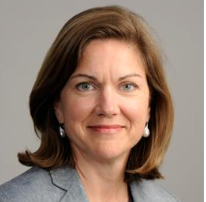 Prior to her current role, Anne was Managing Director in Moody’s Sovereign Risk Group from August 2014 to July 2016, leading teams in the Americas, Asia Pacific and Middle East regions, with responsibility for ratings on roughly 90 countries and multilateral development banks.

Until August 2014, Anne was Chief Credit Officer for Public Sector Ratings,responsible for the ratings performance and consistency of Moody’s credit standards and methodologies across the global sovereign, sub-sovereign and US public finance franchises.

Anne re-joined Moody’s in June 2009 following three years at Morgan Stanley. There she worked as an investment banker on 30 senior managed financings in transportation and infrastructure. During the preceding eight years, Anne worked on a variety of Moody’s rating teams within the US Public Finance Group, including in the US states and infrastructure ratings team.