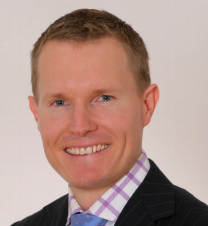 Matt joined Moody’s in 2007 after a decade of macroeconomic and public policy experience. Prior to managing the Middle East and Africa sovereign ratings team, Matt was the Director of Sovereign Research, responsible for coordinating and contributing to the research produced by Moody’s global team of sovereign risk analysts. Matt previously managed the affairs of the Moody’s Economy.com Sydney office, providing independent economic analysis, data and forecasting and credit risk services to Moody’s Analytics’ worldwide client base. Before joining Moody’s, Matt worked as an economist and policy adviser in a number of public and private sector organisations, including Commonwealth Treasury and the Economic Division of the Department of the Prime Minister and Cabinet in Australia.

Matt received his bachelor of economics from the University of Newcastle(Australia) and his graduate degree from the Australian National University.