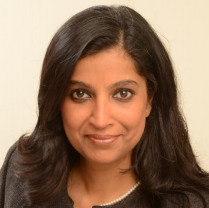 Atsi Sheth is a Managing Director in Moody’s Credit Strategy and Research team. She serves as the Chief Credit Officer for the Americas. Prior to this, she was Managing Director in Moody’s Sovereign Risk Group, responsible for the teams covering the Americas, Asia Pacific and Middle East. Before rejoining Moody’s in 2011, she was Chief Economist at Reliance Capital. During Atsi’s previous tenure at Moody’s from 1997 to 2007, she worked in the Credit Policy and Sovereign Risk groups, covering countries in Asia, Africa and Europe.

Atsi has taught International Political Economy and Emerging Markets at Columbia University in New York, and has been associated with non-profit agencies in micro finance and housing. Atsi has a PhD from Northwestern University and a B.A. from Bombay University.