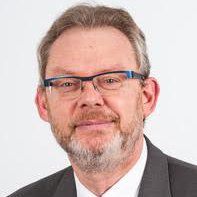 Michel FORISSIER graduated as a mechanical engineer in 1980 in the EcoleCentrale de Lyon in France.

He started his career at RENAULT, where he hold several positions in thefields of safety, thermal systems, vehicle tests, and then was Deputy ProgramDirector of the Espace program.

In 1996 he moved to VALEO, in charge of the global R&D activities ofthe Engine Cooling Branch

Since 2005 he is in charge of Innovation and strategy in the field ofPowertrain.

In addition he has been appointed in September 2012 Director ofHybrid/Electric Vehicles Strategy.

He is now Chief Technology Officer of the same Business Group.

He his an active member of the SIA, the SAE and the AFPA.